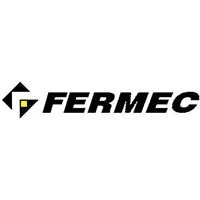 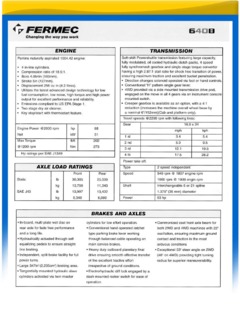 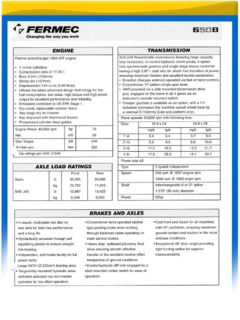 Fermec company was created in 1992 and encompassed the backhoe and skid steer machinery lines of Massey Ferguson. Fermec was acquired by Case in 1997.  In 2001 Fermec was bought out by Terex.  In 2017, Mecalac acquired the Terex production facility in Coventry, England.  Renamed Mecalac Construction Equipment UK, the plant manufactures a line of backhoe loaders and site dumpers formerly sold under the Terex, Fermec and Benford brands.

Crane Specifications, Load Charts, and Crane Manuals are for *Reference Only* and are not to be used by the crane operator to operate any type of crane, telehandler, lift truck or aerial access device. To obtain OEM Crane Service, Crane Parts or Crane Maintenance Manuals, contact the crane and or lifting manufacturer directly.